For $119/year Amazon Prime gives you free two day shipping and discounts on services like Prime Pantry. The big bonus: Original Programming and recent films on Prime Streaming video. Special sale items at Whole Foods and 5% back on purchases there with Amazon Rewards Visa card. Audible Channels with podcasts and news are free for Prime members and they get 50 rotating titles there. Unlimited photo storage. Prime Music is free for use with Amazon Echo, Dot or Tap devices. Amazon Music Unlimited for other devices is discounted for Prime members.
Amazon Prime was $99/year until May 2018.

When looking for Amazon prime listings via IMDb, beware “Watch on Amazon” – as explained here, these are now links to pay per view or an invitation to add an HBO subscription to your Amazon Prime account. So make sure it says “Watch with Amazon Prime Video” More recently, beware of Freevee which is IMBd TV. Those options have ads. If you’ve already got Amazon Prime, you don’t want to get caught watching something with ads.

Amazon added a line of 2018 Oscar Best Picture Nominees to their Amazon Prime Video Home Page the day before the Oscars. It was a convenient place to pick up these must see titles but for the most part they were not free. Some titles that were previously free with Prime, like Ladybird and The Glass Castle remained in the paid rental category after they received nominations for best picture or best actor.

Amazon Prime Video has good customer service. They have a 24/7 chat that we were impressed with. There is also a phone option.
https://www.primevideo.com/help/contact-us

Videos with audio descriptions for blind and low-vision customers were introduced in June 2017. As of September 2017, 16 of a total of 133 such titles are included with the Amazon Prime subscription. 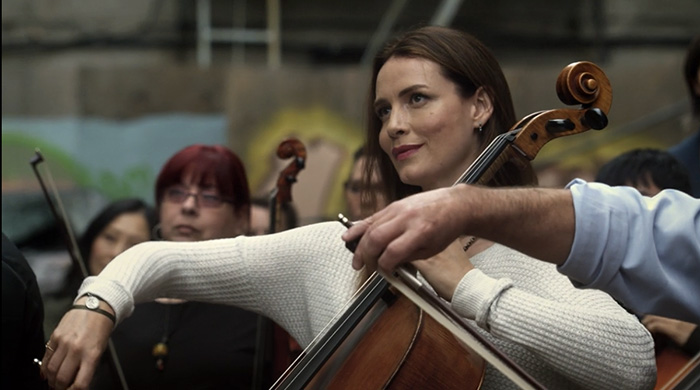 For My Girlfriends. Light Entertainment on Amazon Prime Streaming

Watched, not terrible but not highly recommending on Amazon Prime Streaming

Abacus: Small Enough to Jail (2016): Documentary – gets better in the second half
The Collection: Amazon original series. Started off well, with fun bits on fashion photography circa post World War II
Cafe Society (2016): by Woody Allen. Amazon Original Movie. Jesse Eisenberg, Kristen Stewart, Steve Carell. We do like Woody Allen but this is not one of his best

We wasted our time, you don’t have to
Destination Wedding (2018): Keanu Reeves and Winona Ryder have the only speaking roles in this film which means lots and lots of talking. 6.0 on IMDB, over-rated. Rotten Tomatoes was more accurate.
Penitent Man (2010): sci-fi drama. 6.9 on IMDB Aug 2017, No A-Listers in cast. Pointless talky film .. and we love sci-fi.
Wonderstruck: (2017): Amazon Original Movie. Appearances by adult stars Michelle Williams and Julianne Moore are very brief. Ambitious but falls flat. Based on young adult novel. “Haynes’ fastidious cinematic diorama of New York emerges as a tedious and self-indulgent folly” reviewer James Marsh is seconded by several recent pro reviewers. stars Oaks Fegley, Millecent Simmonds. Importance of Family.

For a full list of what series, TV shows and films are available through an Amazon Prime subscription (without add-ons).

Videos with audio descriptions for blind and low-vision customers that are available with an Amazon Prime subscription.