We are big fans of historical dramas. Historical dramas are films and series based on true stories. They are known by other names, such as biographies, biopics and docudramas. “Docudrama” is my go-to genre phrase so you’ll see it sprinkled around this website.

We are able to learn something while being entertained.

Historical Dramas we recently enjoyed and where to find them:

Unorthodox(2020): Miniseries. Based on Deborah Feldman’s bestselling memoir about a woman who escapes from an ultra-orthodox Jewish sect in Williamsburg, Brooklyn to Berlin.

Unbelievable (2019, Sept 13): Sexual assault. Crime Drama. Female power and bonding. Starring Toni Collette, Merritt Wever, Kaitlyn Dever and Brooke Smith. The first episode is an important insight into what a victim goes through reporting an incident right after it has happened. The next seven episodes are a binge worthy crime drama with outstanding performances. 8 episodes. Based on the Pulitzer Prize-winning ProPublica article. Vulture appropriately calls it a feminist crime show: vulture.com/2019/09/unbelievable-netflix-feminist-crime-series.html 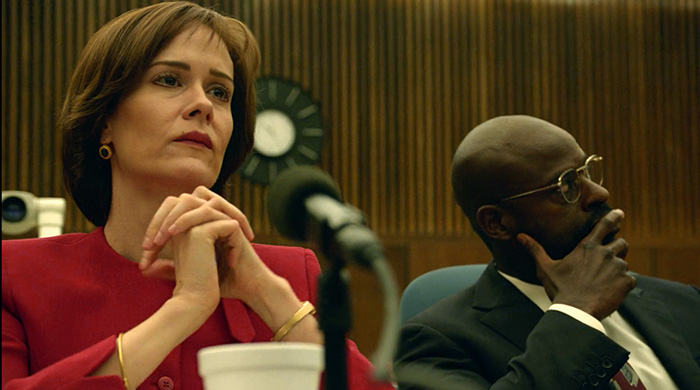 Call the Midwife (2012 – ) 11 seasons Historical drama. Highly rated, but mostly will be enjoyed by women. Based on the memoirs of Jennifer Worth. Takes place in East London in the late-1950s to mid-1960s.

The Eyes of Tammy Faye (2021): Jessica Chastain’s Freckle Films bought the rights to Tammy Faye’s story in 2012. Freckle Films was created to support diversity, LGBTQ and women in film. Chastain won best actress Oscar for this film. 4-7 hours of prosthetics and make-up a day during filming. Also starring Andrew Garfield, Cherry Jones and many other recognizable actors.

Mank (Dec 2020): black and white. Set during the depression. Story of the writing of Citizen Cane by an eloquent alcoholic; along with insight into Marion Davies, Louis B. Mayer and “Willie” Hearst. Interesting if you keep reminding yourself it is a biography but low marks for entertainment value. Lots of award nominations although so far few wins. AARP Time Capsule winner.

The Laundromat (2019): based on the Mossack Fonseca scandal. Starring: Gary Oldman, Antonio Banderas, Meryl Streep. A bit odd combination of documentary narration and drama but rewarding in the end

The Aeronauts (2019): This is fiction based on real events. James Glaisher was a real English meteorologist who is remembered for his pioneering work as a balloonist. But his copilot on the pioneering flight in 1869 was Henry Tracey Coxwell, not Amelia Wren. Her character is based on Sophie Blanchard who died in 181.

Street Cat Named Bob (2016) James Bowen, a busker and recovering drug addict, life transform when he meets a stray ginger cat. Based on best selling book. (no longer on Netflix)

Marley and Me (2008): Starring Owen Wilson, Jennifer Anniston and Alan Arkin with appearance by Kathleen Turner as a dog trainer. From book by journalist John Grogan.

Blinded by the Light (2019): Coming of age, music. Story of Pakastani first year community college kid who loves to write and through a new friend discovers Bruce Springstein in 1987.

Woman Walks Ahead (2017): Jessica Chastain. Based on true story of Catherine Weldon who traveled from New York to the Dakota’s to paint Sitting Bull.

Denial (2016): starring Rachel Weisz, Tom Wilkinson. Based on book “History on Trial: My Day in Court with a Holocaust Denier” by historian Deborah Lipstadt (also on Netflix DVD)

Trumbo (2015): starring Bryan Cranston, Diane Lane, Helen Mirren. In 1947, Dalton Trumbo was Hollywood’s top screenwriter, until he and other artists were jailed and blacklisted for their political beliefs.

Waffle Street (2015) Starring Danny Glover (1946) aging gracefully. Waffle Street is the true story of Jimmy Adams, a VP of a $30 Billion hedge fund who loses his job and winds up working as a waiter at Papa’s Chicken and Waffles. 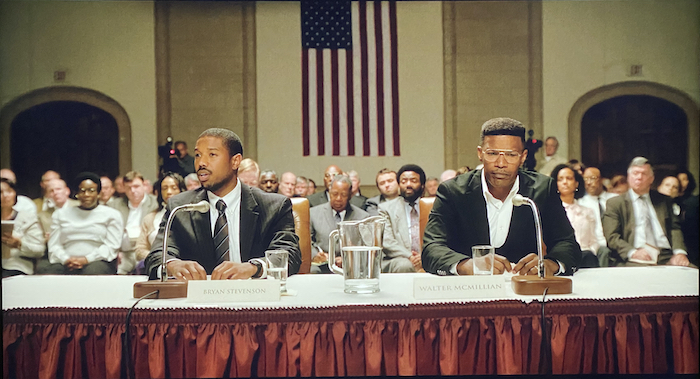 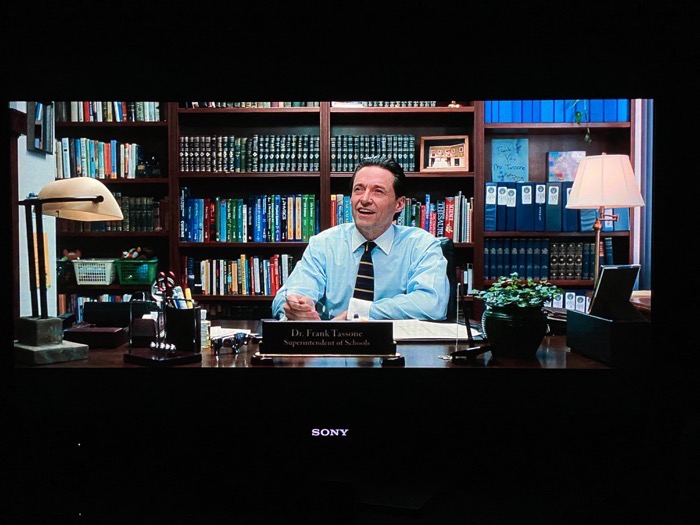 The Tale (2018): Starring Laura Dern, Common and Ellen Burstyn. If you are disturbed by sexual abuse of 13 year old girl, please watch with caution. Very well done.
The Post (2017) Please see our details under Netflix DVD’s.

Bernard and Doris (2006): HBO original film starring Susan Sarandon and Ralph Fiennes. Twilight years of tobacco billionaire heiress Doris Duke and her relationship with her gay butler, to whom she left her entire fortune.

It it’s here that means you can pay to stream it elsewhere
Beautiful Day in the Neighborhood (2019): Starring Tom Hanks, Matthew Rhys, Chris Cooper. A must see film.

Ford v Ferrari (2019): starring Matt Damon (Carroll Shelby), Christian Bale (Ken Miles) and Caitriona Balfe (Outlander) as Mile’s wife. DVD has one hour Making Of documentary which explains how this movie gives you the experience of driving a race car.

The Looming Tower (2018): Made for Hulu. Starring Jeff Daniels as John O’Neill; Tahar Rahim as Ali Soufan. I now follow @Ali_H_Soufan on Twitter. He is one of the producers of this 10 episode series. Bonus features on the 2 DVD’s include commentary episode 1 and 10; In Ali Soufan’s own words; making of and more.

Can You Ever Forgive Me (2018): Starring Melissa McCarthy as Lee Israel, the best-selling celebrity biographer who turned to deception. Directed by Marielle Heller (Beautiful Day in the Neighborhood)

The Captain (2017): Story of Willi Herold. In German. Film begins two weeks before the end of War World II. The DVD includes an interesting interview in Chicago with the creator, Robert Schwentke. Schwentke is German but speaks perfect English.

The Rider (2017): “Fiction” made with the people who lived the story and the “ficitionalized” version comes very close to the true story of a horse trainer who suffered a brain injury in a rodeo. Good bonus interviews with the star and makers of the film.

I, Tonya (2017): This is in and out of HBO and other streaming now but we watched on Netflix DVD. Brought Allison Janney an Oscar and Golden Globe for best supporting actress. Margot Robbie does a great job as Tonya Harding.

Molly’s Game (2017): starring Jessica Chastain, Kevin Costner (as her skiing coach and father). Molly Bloom, an Olympic-class skier who ran the world’s most exclusive high-stakes poker game, became an FBI target and drove the predecessor to our Audi A5 cabriolet.

The Post (2017): Story of the Pentagon Papers and biographical insights into Kay Graham, Ben Bradlee and other characters involved starring Meryl Streep, Tom Hanks, Sarah Paulson, Bradley Whitford and many more. Excellent bonus features on the DVD with interviews with the Graham family, historical, filming of, style of the era. Currently streaming on HBOGo.
Timing of this film. Amy Pascal got the rights to the screenplay October 2016. Steven Spielberg joined as director in March 2017 and rushed it to completion because of the timeliness of the freedom of the press issue, as well as a strong woman biography.

The Glass Castle (2017): Woody Harrelson, Brie Larson, Naomi Watts, based on the book by Jeanette Walls about her dysfunctional family. Photos and videos of the Walls family at the end of the film and rental DVD special features: from Memoir to film and a conversation with Jeanette. 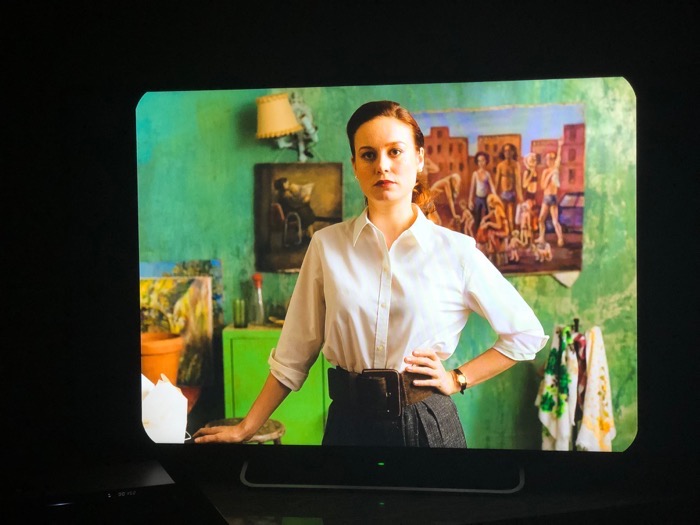 Wonder (2017): Owen Wilson, Julia Roberts. Not actually a true story but well researched and has great moral lessons for your kids on how to treat kids who look different.
All the Money in the World (2017): based on the true story of the kidnapping of J Paul Getty III starring Michelle Williams, Christopher Plummer, Mark Wahlberg. Bonus feature addresses issue of re-filming the parts that had to be replaced when Plummer took over for James Spacey. Directed by Ridley Scott.

Gold (2016): The Bre-X scandal, starring Matthew McConaughey. Everyone loved McConaughey in this movie except rival book authors who had sold the film rights but were beat to production. Their story.

The Theory of Everything (2014): Eddie Redmayne as Stephen Hawking

First Do No Harm (1997): Patient Advocacy, Ketogenic diet for pediatric epilepsy, starring Meryl Streep. Made for ABC TV. Several actors in the film were cured of epilepsy with the Ketogenic Diet. 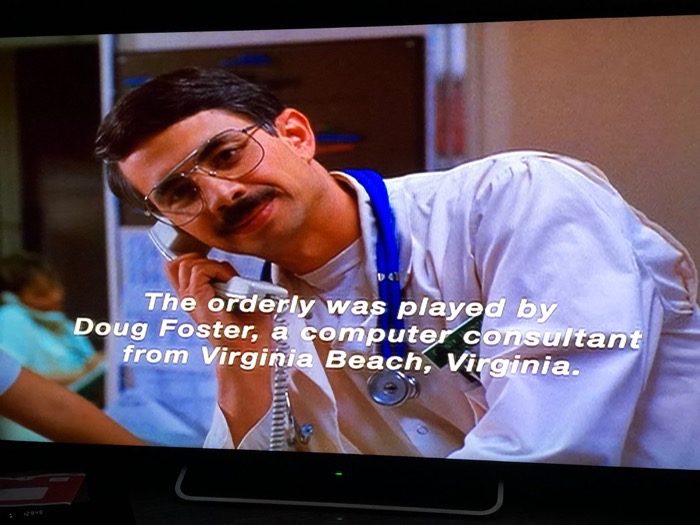 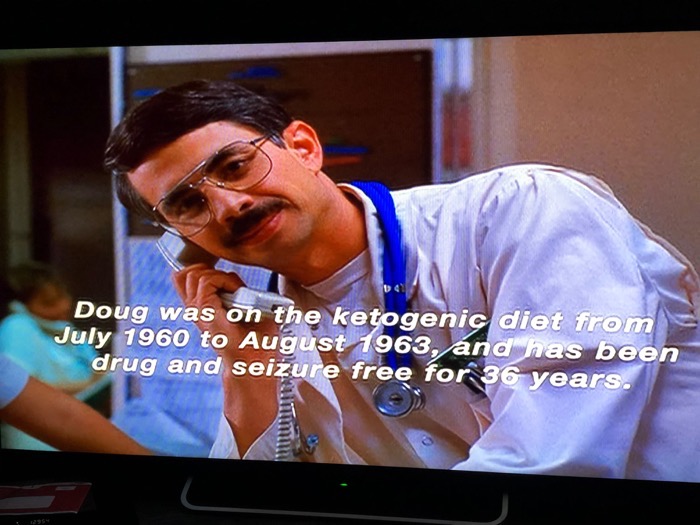 Mrs. America (2020): The well told and disturbing story of how Phyllis Schlafly (played by Cate Blanchett with husband played by John Slattery) stopped the ratification of the ERA and dragged the Republican party to the right. Elizabeth Banks as Jill Ruckelshaus, Tracy Ullman as Betty Friedan, Margo Martindale (The Americans) as Bella Abzug, Uzo Aduba as Shirley Chisholm, Rose Byrne as Gloria Steinem, Sarah Paulson composite figure on Phyllis’s Stop ERA movement (later organized into the Eagle Forum), Melanie Lynskey (Rose in 2 1/2 Men) Rosemary Thomson head of Illinois for Eagle Forum. Yes that was Bobby Cannavale uncredited as Tom Snyder. Takes a darker turn in Episode 6 when Phyllis realizes she wants Lottie Beth Hobbs’ robust mailing list of Christian Evangelicals. Her own son is gay and she opposes gay rights. Originally on FX.

The Act (2019 though it was featured on Hulu in 2022): starring Patricia Arquette, Chloë Sevigny

Ammonite (2020): Included because of the category and it’s not bad. Rating is only 6.5 on IMBD. Watch only if the stars or subject matter is of particular interest. Starring Kate Winslet and Saoirse Ronan. 1840’s England story of fossil hunter Mary Anning. Director Francis Lee chose to assume that Mary and Charlotte had a romantic relationship. LGBTQ.

Searching for In a World, a DocuDrama we saw back in the heydays of Netflix big library of films, the only place I could find it included free with a paid service was Hulu. Please note we never download films from unsanctioned sites.

In a World is a available for a price. At $3.00 we still recommend it. Or register for Hulu. They now have it.

In a World (2013): Written, directed, co-produced and starring Lake Bell. Power women, gender equality. About the professional field of voice-overs. Billed as a comedy. According to Bell, almost no notable film trailers had employed female voice-over talent except for Gone in 60 Seconds (2000), which used Melissa Disney.

Our List of Historical Dramas to See on Netflix Streaming

They sound good. We haven’t seen them yet.

Please let us know your recommendations for docudramas we have not captured. And most importantly where they can legally be viewed.