What we like on Netflix Streaming.
The must have service that was launched with House of Cards.
They usually keep big movies on their DVD service. You can buy both like we do or get your big movies with Pay per View streaming from your cable service, Amazon Prime etc.
Scroll down to my “For My Girlfriends” section underneath our film and series picks. These are movies and series that Ray doesn’t want to watch but are entertaining and good enough to watch with lunch or just relaxing. This section actually gets updated more often because it is more forgiving. 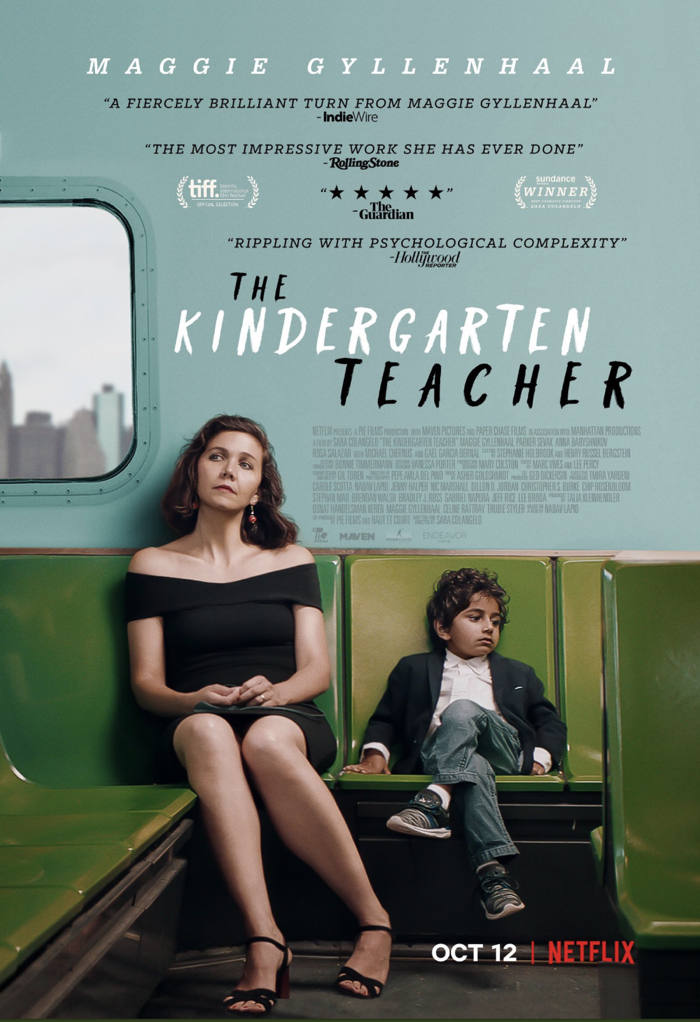 Claire Foy in The Crown, Season 2

For My Girlfriends. Light Entertainment on Netflix Streaming

Sometimes we just want something to relax with. It needn’t be a “great” film, it just needs to be entertaining. The following films are available on streaming and fit in that category. Ratings are usually 6.3 or above on IMDB. Those of us with significant others, he doesn’t want to see it which is fine because we don’t have to wait for him to watch it. Both films and series are in here.

On the Verge (2021): Comedy about 4 women friends. Julie Delpy (also created), Elisabeth Shue
Bridgerton (Dec, 2020) also above.
Feel Good (March 19, 2020 – ): LGBT dramedy includes romance and addiction starring Mae Martin as herself a comedian in recovery. Lisa Kudrow plays Mae’s mom. Two seasons.
StartUp (2020): Korean soap opera 16 episodes
Always Be My Maybe (2019): Romcom written by, produced by and starring Randall Park, with Ali Wong and great bit by Keanu Reeves.
Crash Landing on You (2019 – 2020): Korean romance soap opera with plenty of bad guys and drama. Addictive. Story line includes crash landing in North Korea. 8.7 on IMDB. 17 episodes.
Queen of Flow (2018): Spanish Novela about a powerful woman, revenge, music and drug cartels. BEWARE – addictive. 82 episodes in Season 1 and 85 in Season 2.
Call the Midwife (2012 – ) 11 seasons committed, still ongoing in 2020. Historical drama. Highly rated, but mostly will be enjoyed by women. Based on the memoirs of Jennifer Worth. Takes place in East London in the late-1950s to mid-1960s. Each episode is a self contained story where the main characters are consistent but story characters get introduced, often with a social lesson, many on sensitive topics. Vanessa Redgrave narrates.
Lucifer (2015 – ) canceled in its third season by Fox but picked up by Netflix for a fourth season. Sexy, clever cop sho. The devil likes finding bad guy to make sure they are punished. #SaveLucifer got 8 million tweets in 2 weeks in May after it was cancelled.
Dumplin’ (December, 2018): Netflix Original starring Jennifer Aniston, uplifting, Dolly Parton infused, plus size teenager dramedy. From the book by Julie Murphy (instagram.com/andimjulie), directed by Anne Fletcher. Woman Power.
From Rotten Tomatoes (rottentomatoes.com/m/dumplin) by Gina Tonic:
In my eyes, [Dickson] represents a positivity I haven’t ever seen on a screen – one that doesn’t seek to change her body to fit in, but to change the world to find space and celebration for her fat frame.
The Princess Switch (2018): Netflix Original, Christmas Movie starring Vanessa Hudgens
Sisters (Sept 2018 Netflix launch): from an Australian 2017 TV show. Premise initially feels similar to the movie with Vince Vaughn where he has fathered 100+ children through a sperm bank but definitely has its special flavor. Unlikely you will recognize the actors. 7.7 on IMDB as of December 2018. Seven episodes
Wanderlust (2018): Toni Collette. BBC Netflix Original. Mini-series in 6 episodes.
Nappily Ever After (2018): Ricky Whittle (Lincoln – The 100), Sanaa Lathan (Nip/Tuck), Ernie Hudson (Grace & Frankie)
Sierra Burgess is a Loser (2018): High School angst and humor but I don’t think there are age limits on enjoying this film.
I am Not an Easy Man (2018): French comedy about gender roles. I loved it. French title: Je ne suis pas un homme facile.
When We First Met (2018): Romantic comedy with time travel. Adam Devine (Workaholics), Alexandra Daddario. Another take on GroundHog Day. Netflix Original.
The LetDown (2017): Comedy about new mothers made in Australia. Six 30 minute episodes. 7.5 rating on IMDB as of May 2018, very enjoyable but your man may prefer not to watch.
Anne with an “E” (2017): Seven episodes Season 1 will leave you wanting more. This story has been done many times but this is an excellent Canadian version. Fortunately, there is a Season 2 coming. Apparently it doesn’t match the book so if you loved the book you may object. High review scores on IMDB and Rotten Tomatoes.
Atypical (2017): starring Jennifer Jason Leigh. Comedy drama about autism. 8 thirty minute episodes
One Day at a Time (2017 – ): Netflix Original. Renewed for Season 2
The Incredible Jessica James (2017): Netflix Original film starring Jessica Williams (Daily Show 2012 – 2016)
Gypsy (2017): Netflix Original series starring Naomi Watts. 10 one hour episodes.
13 Reasons Why (March 2017 – ): Netflix Original Series. Teenage suicide. 14 one hour episodes. Season 2 2018
Friends from College (July 2017 – ): 8 episodes. Netflix Original Series. Comedy, drama. infidelity. renewed for season 2
Cable Girls (2017): Netflix Original Series. Set in 1920’s Madrid. Watch in the original Spanish with English subtitles otherwise you are watching it dubbed into English.
Riverdale (2017 – ): Updated Archie comic characters. Also on Amazon Prime. Season 2 premieres on The CW October October 11.
Carrie Pilby (2016): Comedy, drama. Starring Nathan Lane, Gabriel Byrne.
Blind Date (2015): French language. Romantic comedy
Laggies (2014): Romantic comedy starring Keira Knightley, Sam Rockwell and Chloë Grace Moretz.
The Client List (2012 – 2013): Starring Jennifer Love Hewitt, Cybill Shepherd as her mother and a stream of unclothed, gorgeous men as the clients. Series is based on a 2010 Lifetime movie of the same name that also starred Hewitt. Originally broadcast on Lifetime.
Peace, Love & Misunderstanding (2011): Starring Jane Fonda, Catherine Keener
Today’s Special (2009): Romantic comedy. Aasif Mandvi wrote and stars in
Easy Virtue (2008): Jessica Biel, Colin Firth. Set in 1924 English countryside. Romantic comedy.
Marley and Me (2008): Starring Owen Wilson, Jennifer Anniston and Alan Arkin with appearance by Kathleen Turner as a dog trainer. Biographical Drama from the book by journalist John Grogan.
Outsourced (2006): Romantic comedy (was rated 7 on IMDB as of July 2017)
Emma (1996): Gwyneth Paltrow, based on Jane Austen novel
Corrina, Corrina (1994): on DVD only. Last month on HBO is April 2018. Heart warming family and romantic 1959 drama starring Whoopi Goldberg, Ray Liotta, Don Ameche and Larry Miller. ‘a fish and a bird can fall in love, but where will they build their nest?’

Friends From College joins a slew of other new Netflix series to debut in 2017 that have been renewed for a second season, including Ozark, 13 Reasons Why, A Series of Unfortunate Events, Marvel’s Iron Fist, One Day at a Time, Santa Clarita Diet, Dear White People and GLOW. Only two so far, Girlboss and Gypsy, did not make it to a sophomore sesh. Deadline.com

Netflix Streaming Films That Are OK

Netflix Streaming: We Watched It So You Don’t Have To

Extinction (2018): sci-fi, film starring Michael Peña. 90 minute action to find out why one group is attempting to annihilate the other.
The Week Of (2018): Netflix original comedy with Adam Sandler, Chris Rock and Steve Buscemi, shot in video. They were advertising on broadcast TV! Part of the Adam Sandler Netflix deal. We kept waiting for it to get better as did the reviewer from Ebert.com Brian Tallerico.
Bokeh (2017): sci-fi, film
Walk of Fame (2017): comedy, film. Stars Malcom McDowell, Scott Eastwood (Clint’s son), Jamie Kennedy. Awful! Ignore Netflix’s 5 star rating.
Clinical (2017): film about psychiatrist, supposedly a thriller

Walk of Fame (2017): Got five stars on Netflix – which proves it is wise to check IMDB before spending any time watching something unfamiliar. Absolutely awful. 3.5 on IMBD. I gave it a 1 on IMDB and added a review to Netflix. There on the Netflix review page, I found that if I had checked, in spite of the 5 star average it got, there were many 1 star reviews written that provided ample warning, if one checks beyond the average. Netflix provided this on a “Reviews Voted Most Helpful” list. Faster to go to IMDB than to dig this far. The averages are much more reliable on IMBD and Rotten Tomatoes.

Netflix Streaming We Intend to See

Beasts of No Nation (2015):
Cary Joji Fukunaga directed, a wartime drama based on the 2005 novel by Uzodinma Iweala. In a fictional African country, a war breaks out, which separates the young Agu (Abraham Attah) from his family. Now, he must navigate the war-torn country, evading hostile militia forces and coming face-to-face with senseless violence. This one’s a Netflix exclusive, to boot.

Dope (2015): comedy, drama, coming-of-age story, a crime film. The movie’s neat trick is that it pulls off every category pretty well. Rick Famuyiwa directed Shameik Moore as Malcolm Adekanbi, an ambitious high school senior. Malcolm just wants to get into college, but fate has other plans, when he gets involved in a drug deal gone awry.